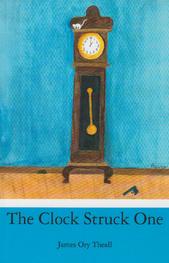 In this sequel to Cat’s Litter, The Third Cajun Tale, Cat is home recuperating from a near death experience, and is frustrated at the limitations placed upon him until complete recovery from surgery.

Cantankerous Cat Touchet and his friend and employee, Tee Man, stumble upon Cat’s murdered neighbor, Ovey LaCourier. Cat later learns that the old man’s son, Ari, is in town and meets with him.

Ari, an Army sniper, is near retirement eligibility, and in the process of investigating his father’s murder with Cat, his involvement with a childhood friend’s sister, and a general affinity for his new friends, gives retirement serious consideration.

The story unfolds through both Ari’s and Cat’s point of view, and moves rather quickly.  Ari and Cat are kidnapped by three “ne’er do gooders” and manage to escape, but not without gaining a hint of the kidnappers’ identity.

The surprise ending will leave the reader seeking the fifth Cajun tale!

Strong language and some explicit descriptions of sex.

A collection of short stories, poems, essays, and memoirs contributed by the members of the Longmont, Colorado, Writers Club.

Available in print paper back edition.​ 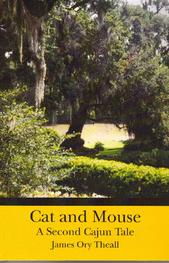 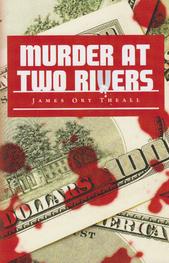 What would cause two friends to leave Cajun country and go on a foolhardy romp through Colorado?  The argumentative Cajun and Tee Man attend the National western stock show in Denver to buy a bull.  They craft an impromptu visit to Winter Park ski resort where, coincidently, the blind J.O., is enjoying winter sports with challenged veterans.  The raucous bunch celebrates and J.O. cajoles Cat into a snowmobile race, which ends in near-disaster.

Cat and Tee Man receive a traffic citation on their return trip to Denver for tossing trash from their vehicle.  Cat's belligerence in court earns him a fine for contempt and Tee Man is sentenced to community service.

The duo encounters a run-away teenager and her baby, hunted by a heartless baby-seller. Cat again demonstrates his propensity for trouble when he spares neither energy nor money to help the fugitive teen elude the evildoer.  Patsy Mae, summoned by her grandpa to Denver, experiences a near-calamitous adventure of her own.

Back home, Tee Man battles his mother-in-law about her feelings towards Caucasians.  Cat's family and friends agonize over the diagnosis when he undergoes a traumatic episode during attempts to rescue Tee Man's captive family from hostage takers.

The suspense, fast-moving action, and strained race relations, will keep readers on the edge of their seats, while they enjoy the love and warm friendliness of Cat and associates.

Reflections on Life and Love (with Lorraine M. Theall)

Lorraine and James Ory Theall have captured old memories and found some surprising revelations in this collection of short stories and poems, some true and some fiction.
In her stories of growing up in Council Bluffs, Iowa, Lorraine recalls those special moments, some humorous, some sad, and some nostalgic, spent with family, friends and neighbors. Her recollections are sure to jump start the readers' own memories.
James, as well, has delved into his childhood and adolescence in Louisiana Cajun country, and the progression of his blindness. He expresses deep feelings, some even surprising to himself, about family, friends, love, marriage and children, employment and the struggle with the loss of his eyesight.

The Creative Fiction section of the book, with contributions from both writers will provide entertainment and even further insights in the complexities of life and love.

Available as print or Ebook (Kindle). 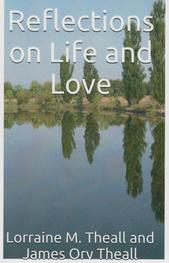 Based on real occurrences in the author’s life, he has written this humorous, fictional version, to vent his pet peeves and aggravations about some sighted people, as well as some non-sighted individuals in general.

The reader will enjoy the humor and should go away from having read the book with a better understanding and a new outlook on blindness. 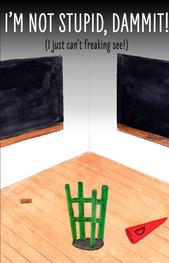 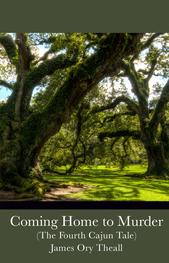 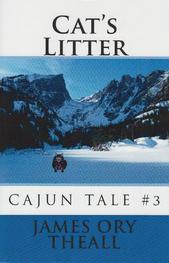 In this fast-moving, suspense-filled thriller, Omaha PI, Mike Delo, embarks on a new adventure at his client's home, a serene acreage, adjacent to Two Rivers State Recreational Area on the Elkhorn River.

Elderly swamp rocker from the 1950s, Ricky Carl, engages Mike to find an extortionist.  Mike becomes caught in a conflict with Carl's granddaughter, June, whose blocked memory of her mother's twenty-year-old unsolved murder, has left her mentally challenged.  This creates complications in Mike's quest to solve the case.

Mike's new love-interest, Smokey, an Omaha police detective, aids in the investigation.  Murder and June's antics put a strain on the romance, but Smokey is quick to respond to the young girl's manipulations.

Mike struggles to control his alcoholism and ends up in a grim situation.

The exciting conclusion will again surprise and delight readers.

Some strong language, violence, and descriptions of sex. 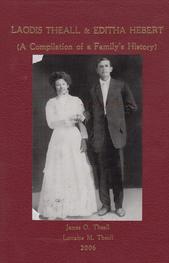 A collection of short stories, poems, essays, and memoirs contributed by members of the Longmont, Colorado, Writers Club.

Available in print paper back.

Laodis Theall and Editha Hebert, A Compilation Of A Families' History (with Lorraine M. Theall)

Information in the book can be viewed at the web site for Family  Search https://familysearch.org/catalog/search the library at Louisiana State University - Baton Rouge, the Dupre Library at University of Louisiana-Lafayette, Vermilion Parish Library (Abbeville, LA), the Denver Public Library - Genealogy Section, as well as the Allen County (Indiana) Library, and the Newberry Library.

Use the Contact Form to submit inquiry to authors.

Cat and his friends are back! The rich, cantankerous, narcissistic, but generous, septuagenarian Cajun, Clarence "Cat" Touchette, helps when his friend, Crosby "Souris" Babineaux finds his son in a coma at the family's marine transportation company.  Cat begins probing, discovers unusual business practices by Souris' son, and scrutinizes a sleazy crew aboard a vessel chartered by a mysterious company.

Cat receives a call threatening his household unless he stops meddling, but he ignores the warning after identifying the caller.  Someone kidnaps his granddaughter and Cat discovers thriving illegal enterprises in Louisiana Cajun country.

Cat's fiancée, Delores angers him when she inexplicably withholds her affections.  They argue and his life is turned up side down.

In this sequel to Cat and Dog, A Cajun Tale, James Ory Theall's second novel of the series moves two story lines forward with entertaining dialogue as readers feel the characters' love, sadness and tragedy.

Contains some strong language and descriptions of violence.

The Clock Struck One

James Ory Theall's latest creation, Omaha private investigator, Mike Delo, debuts into the Mystery and Detective genre with a triple bang! A former military investigator, then a homicide detective with the Omaha Police Department until his refusal to follow proper procedures, forces him to resign and go private, Delo struggles with alcohol abuse and criticism about his relationship with his family, as he attempts to solve a string of brutal murders.

During the investigation, he becomes embroiled in covert FBI operations and conflict between competing crime organizations. He moves quickly and adroitly, and finds evidence overlooked by police. The action is fast and exciting. Readers will hesitate to put the book down as they are drawn in by the certainty that they have solved the mystery. The surprising outcome is sure to leave them looking forward to the next book in Theall's Mike Delo series. Contains strong language, descriptions of violence and descriptions of sex.

Cat and Dog, A Cajun Tale

Clarence “Cat” Touchette, an elderly and very rich Cajun farm owner, is acting as campaign advisor for his friend, Simon, who is a candidate for parish sheriff.  When Simon is threatened with blackmail, Clarence, with the help of his blind brother-in-law, J.O., and his friend and employee, Tee Man, investigates the threat.  Cat resents getting old and irritability invades his personality in dealing with his family, friends, adversaries and associates.  The discovery of a stray dog among his cattle affects him in a manner that even he has difficulty understanding.

Contains some strong language and descriptions of violence.

Quarterfinalist in the 2010 Amazon Breakthrough Novel Awards competition. The novel was also chosen during the first week of February 2010, as “Larry’s Pick” on the Larry King Live web site.